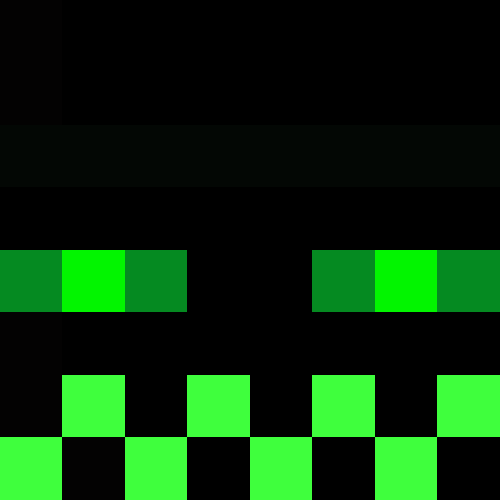 KyrieIsBad
why i get kicked off by server just nuking?
Over 2 years ago Filofio05_Yt
i have a question about the yt by review do you mean like a vid rating the server like its positives and negatives ???
Over 4 years ago 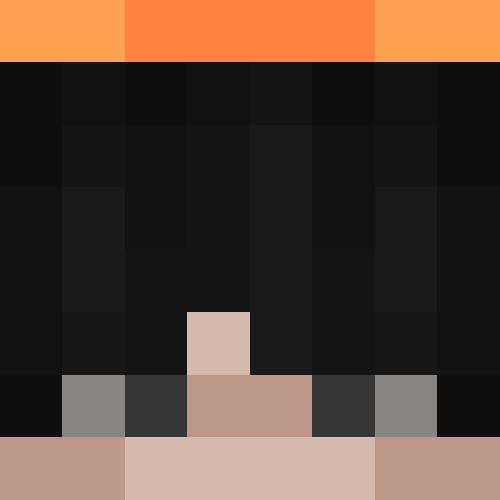 Coolfire02
Wrong place to discuss.
over 4 years ago

Registered:
over 4 years ago

This user has not added any about fields yet.

Prisons Season V11.0.2 | DROP PARTY, Previews, /music, + 50% OFF
Prisons V11.0.2 UpdateSeason 11 of Prisons. (Crate Previews, /music, buffs + 50% OFF)   Change Logs Crate Previews Auto Advancer Pickaxe Statistics Celestials Buff Jukebox /music Added   Crate PreviewsWe've coded an internal framework to make Item Previews 100x easier than how it is currently. All "Preview Items" can now be automated to the most optimal extent. This has allowed us to finally enable crate previews. This system will allow us to better create preview systems for all other non-legacy features on our server! (This took more time than I would've liked ngl)   Auto AdvancerAs you gain sufficient money to advance, you can automatically upgrade your advancement level by enabling auto advancer in /advancement.   Pickaxe StatisticsYou can now view the pickaxe's base fortune statistics whenever you right-click your pickaxe. Base Fortune is the "Original" value of Fortune on your pickaxe, while the one you see in the lore of pickaxes can be buffed depending on your Boosts or enchants activated.    Celestials BuffYou can now receive more Level 1 celestial with also slightly higher percentages. This buff has been applied to keys   Jukebox added /musicA heavily requested feature, You can now play music by running /music. Current options for music is really small, feel free to suggest songs in #requests on discord.     Regarding quests, earlier we've tried reenabling them with a fix, seems to have crashed the server a few times... Not really sure what to do about the situation at this point. Also, I'd like to address the things about prisons lacking new game features, I just wanna say that at least I, feel that I've hit a wall when it comes to ideating and planning new features. Usually in the past, what I'd do is just code anything I felt like doing. But recently I've just not been able to come up with much nor have the strongest motivation to code actual features and instead I seem to have more motivation to code utilities for the server. Hopefully the motivation to work on features comes back soon, but at least for now I'll be working on a lot more QOL updates as well, they seriously wouldn't be done if I start focusing hard on features again. Do expect a feature coming out within the next two weeks though. Hope you guys do understand!   Drop Party [16th Jan, 10:30pm SGT]We will be holding a MASSIVE DropParty for reaching our Donation Goal on the store last month! This drop party will be held on the 16th of January, Saturday 10:30pm SGT / 10:30am EST. A Countdown timer will start on our MOTD a few days closer to the drop party.   IP: VortexNetwork.MeDiscord: https://vortexnetwork.me/discord Store: https://shop.vortexnetwork.me/ (50% Lasts for the next week!)
about 1 year ago

Prisons Season V11.0.1 | Karma, Outpost Reworks, new Settings...
Prisons V11.0.1 UpdateSeason 11 of Prisons. (Karma, /updates, new Settings, Last Day of Sale)   Change Logs 1.16.4 Support Reverted Karma Points Outpost Changes (Claim Ban, EPearl Ban) Leaderboards Code Refactored /minereset /updates MultiplierMine Trasher AutoFill Enchant /setting Minecrate Notifications /setting Server Side Optimizations   1.16.4 Support DisabledThe update had caused 1.8-1.8.9 clients to crash whenever the BossBar would appear. This issue has yet to be rectified by the developers of ViaVersions, as such we had to revert it to our old versions till this issue is resolved.   Karma PointsWhenever you welcome people to the server when they first join, you will receive 1 Karma Point! These are just collectables and do not benefit your player. View karma point top by running /karmatop   Outpost ChangesWe've added 2 new systems to Outposts to prevent the continuous spam current gang may face from trollers. From now on, if you were recently trying to claim an outpost and died, you will not be able to claim an Outpost for the next 10 Minutes. This is called an Outpost Claim Ban. The second thing we've added is a 30 seconds cooldown automatically applied for EPearls as you are on an outpost. Meaning only once you leave the outpost would the 30s cooldown be reset. We're definitely looking for feedback on these new imposed changes, let us know how you feel about it!   Leaderboards Code RefactoredWe have refactored our leaderboards code, leaderboards will no longer lag the server as they had in the past (Up to 9 seconds of server freezing from opening up /mtop). You will also realize that opening leaderboard GUIs are now practically instant, and player heads will load in asynchronously as the skins get fetched. Overall massive improvement to the leaderboards system. The leaderboard updating code has also been made ASync.   /mineresetGod ranked players and above can now use /mr or /minereset to reset the mine they are mining in! /updatesYou can now view all updates released to our Forums announcement pages in-game by running /updates. Multiplier Mine TrasherYou can now shift-left-click multiplier mine tickets in /multimine to destroy them incase you claimed a ticket you may not have wanted to use.    AutoFill Enchant SettingsA QOL Improvement suggested, you can now enable "Autofill" for enchants in /settings. Disabled by default, enabling it will allow you to enchant the "Max possible amount of times". For e.g., if you try upgrading 1k levels and you only have enough tokens for 157 levels, it will not say "Insufficient Funds" but rather, upgrade that enchant 157 times.   Minecrate Notification SettingsYou can now disable all minecrate notifications in /settings. But c'mon why would you :wink:   Server side Optimizations & TPS Counter!We've optimized our server's performance by quite a ton. At one point the prisons experienced super low TPS due to issues we had discovered in Skyblock. This has been rectified. Also, you can now view the server's TPS in Tab! woohoo!   And that is all for this patch note. With regards to quests, we have identified something that we can do to fix the issue. Its currently still not able to come back due to backend issues but we're working on it! Stay tuned for Quest's revival.   IP: VortexNetwork.MeDiscord: https://vortexnetwork.me/discord Store: https://shop.vortexnetwork.me/ (60% Off Sale ends in a day!)
about 1 year ago